The Beirut Film Society Solidarity Fund was launched with a clear objective, to support the survivors of Beirut Port explosion of August 4, 2020, Artists in particular, filmmakers, actors, dancers, musicians, painters, sculptures, writers and others, especially those who were trying to start their career amidst all the challenges, and suddenly lost their homes in the explosion.

Thanks to the generosity of our donors, we were able to collect 9,698 US Dollars, which contributed in helping 45 beneficiaries in fixing their homes or supporting the purchase of necessary house hold or equipment.

We would like to thank all the mentioned donors and contributors:

In addition to all those who bought a ticket for the solidarity with Beirut films screening, and all those who shared or promoted our call for action or contributed in a way or another, and all the filmmakers who offered their films and added a lot of love to this initiative; we will remain forever thankful for all of you.

Support for Girls for Change 2021

Support for Girls for Change project 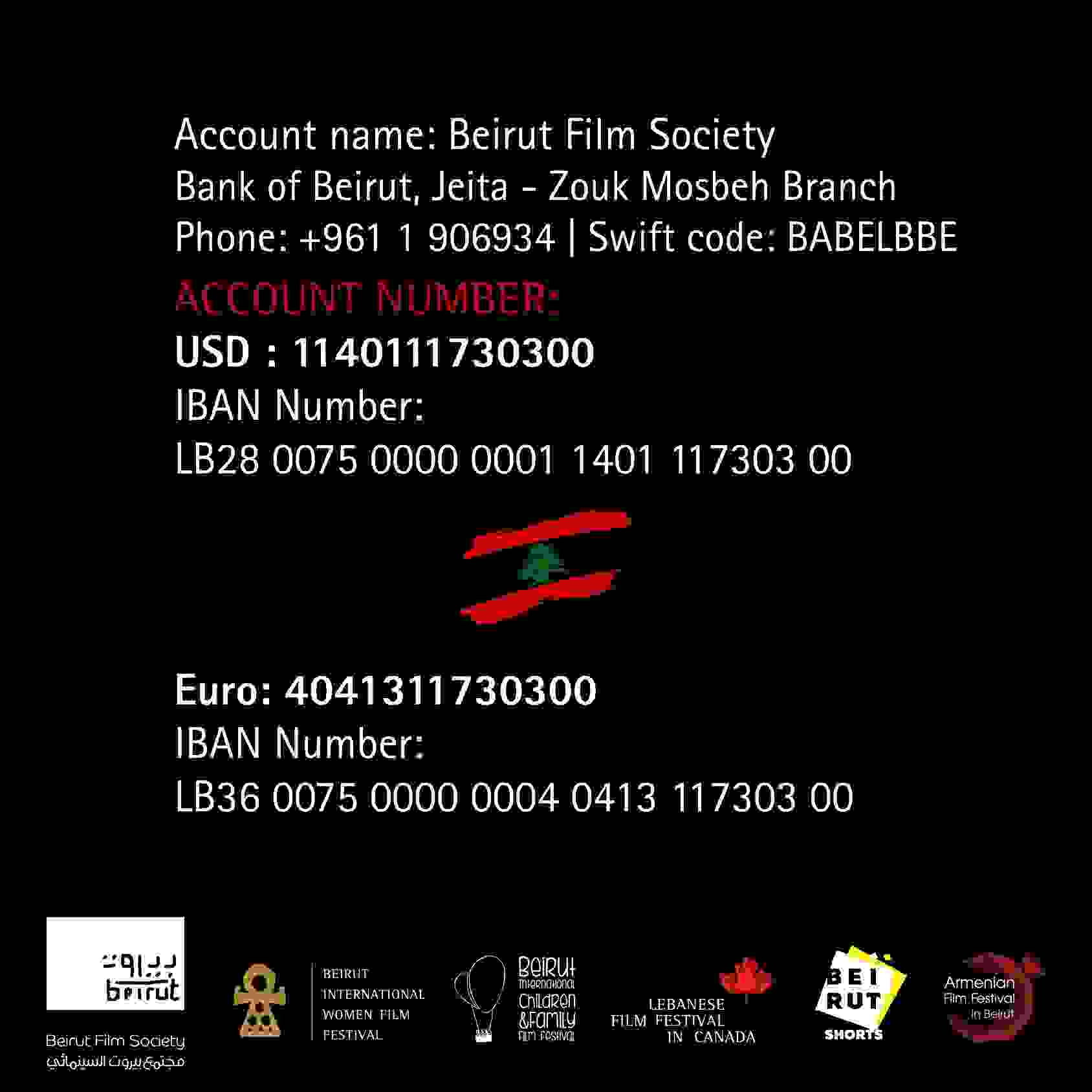 Tickets on this link: